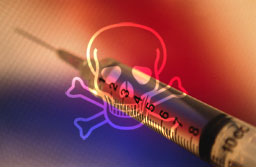 To vaccinate or not to vaccinate, it is a very controversial topic. One party might suggest that not vaccinating a child is the very definition of child abuse and irresponsible parenting.

The opposing party might argue that vaccines cause everything from ADHD, Autism and Death, while providing no real benefit, so the risk is no better than Russian roulette. What kind of parent would you have to be to play those kinds of odds? Anti vaxxers says vaccination programs fail to protect the population from infectious disease and they actually accelerate the spread of disease in many cases. Following are a few of the compelling reasons why such statements are made. I will leave the final research of the argument to you, this page and site are dedicated to the facts and natural solutions.

The pro-vaccine propaganda published by drug companies is simply a business plan because they profit greatly from vaccines. Vaccines are all about money. These same companies govern, control and teach the false information to the medical professionals, which is why your medical doctor is promoting vaccinations for you and your children. If you dig deep, you will find that not one single long term study has ever been done to prove any vaccine is safe. The studies that were done were run by the people that make the vaccines! Follow the money. Remember, your health and that of your children is your choice and responsibility so please choose carefully.

Many websites have cropped up over the last few years to counter the pro-vaccine propaganda put out by drug companies (who profit from vaccines) and health regulators (who serve the drug companies). One of those sites is www.VaccinationDebate.com, which lists the following historical facts about vaccines:

FUN FACT: Bill Gates, the greatest vaccine proponent for mass vaccination, refused to vaccinate his own children, according to doctor that attended his children. Vaccines are the quackery of modern medicine. Mass vaccination programs not only fail to protect the population from infectious disease, they actually accelerate the spread of disease in many cases. No well informed person would ever consider vaccinating a child they cared for. Make your LEGAL WAIVER FORM here: HERE

The term EMF is often used to represent Electro-Magnetic Field. Others use ELF, which stands for Extra Low Frequencies. In terms of the effects on the body, both of these terms essentially represent the area we wish to address and be of help with. Andrew Weil, M.D. says "Electromagnetic pollution (EMF) may be the most significant form of pollution human activity has produced in this century, all the more dangerous because it is invisible and insensible."

We live in an invisible sea of electromagnetic field radiation. Subtle energies constantly swirl in and around our bodies, whether or not we are aware of them. Electromagnetic Fields (EMF) used to be energy waves with frequencies below 300 hertz or cycles per second. The electromagnetic fields we encounter daily come from every day things such as power lines, radar and microwave towers, television and computer screens, motors, fluorescent lights, microwave ovens, cell phones, electric blankets, house wiring, and many other things. Technically, anything that is plugged in or runs on a battery is putting off a field that is destructive to the body. Worst of all are the things you simply can't live without: cell phones, bluetooth and wireless internet! Yes, these are all saturating your cells at all times. And we havn't even begun talking about 5G!

Scientists estimate that the average daily exposure to EMF radiation is 100 million times higher than it was in previous generations! More Here

If you do the research, you will find just about any symptom or condition as possibly caused by EMF. Dr. DeHaan does not feel that EMF is the single cause of any condition, but it does act as an extra irritant to the body. IF you take two people to an area with measurable EMF, one may feel the effects and one may not. Just like one person might eat gluten and feel fine but the other gets serious intestinal cramping. The gluten and the EMF are not the real causes, but they are triggers to some deeper issue that keeps that person's immune system from optimal function in the presence of those irritants. But know that if you are one of those that never feels ill effects from EMF, they are causing some damage on a cellular level, and that will eventually accumulate to an issue.  It is highly advised and certainly prudent to protect your body from the inescapable ELF.

There are many kinds and forms of "EMF Shields" on the market. They are called diodes and go by many other names. Dr. DeHaan has tested a great many of them.  Although companies report the very nice things you read about their products, he found that a great majority of products either stop being effective over a short time, meaning they do not offer the EMF protection as advertised, or worst, they become negative! Many of these devices simply become charged with all the negative energy they are supposed to be shielding you from. When this happens, the innocent user is actually getting harmed by wearing the device.

EMF toxicity is a real thing. The best thing to do is expose yourself the least amount possible. Here are a couple of suggestions.