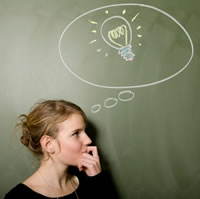 This page and its suggestions include help with forgetfulness, general memory loss, short term memory (forgetting recent or new events) and long term memory issues (forgetting past events), but does not include amnesia.

Many areas of the brain help you create and retrieve memories. The cerebral cortex and the hippocampus (part of the limbic system), are part of that. It is considered normal to be more forgetful as we age, but more dramatic memory issues are generally considered a side effect from one of the possibilities listed below. Before you read the list and try to figure out what might be part of your memory issues, please consider this.

In all the years I have been helping people with their health complaints, the main cause of memory issues in people under 60 years of age is not a head trauma or disease of the brain. No, the most common cause of memory complaints I see is overload. In the modern world, it has become customary to fill our lives so full of "to do's" that it literally leaves the brain confused. The brain uses the time we sleep to file and organize events. Good sleep is essential to good memory. But how many of us go to bed with our minds not already racing on the things that will come tomorrow? We worry and we run and we worry some more, and we don't drink enough water and we grab food on the go, and we expect our memory to keep up with that chaos and recall everything about the chaos at a moment's notice.

Don't get me wrong, it would be unwise to underestimate the potential of the human brain, for within it lays the heart of our entire reality -literally! But that is another topic. What I am suggesting is that life become a little less busy and a little less chaotic. First, get enough rest (sleep), and when it is time for sleep, calm the mind with something like reading rather than stimulating or even entertaining tv. As you close your eyes, focus on your breathe and take a moment to be thankful about your day. Try to avoid thinking about tomorrow's tasks, just keep your mind on your breathe and the thankfulness you feel.

Other suggestions to help restore memory (yes, they can be restored no matter what you have been told by medical thinking), listed in order of importance: drink plenty of water, exercise, for only movement induces nerve path regeneration, eat plenty of healthy fats (coconut oil, lecithin, raw nuts, avocado, Krill oil), learn something new every day, don't let the mind become stagnant (like a muscle, use it or lose it), reduce stimulants like caffeine and take time to play and be with people you enjoy.

I must also add that the brain is your most precious attribute. Thankfully it is protected under a hard skull, but studies done by Dr. Amen demonstrate that activities that involve any kind of physical trauma to the head is very damaging to the brain long term. Thus any sport, from boxing, wrestling, martial arts or even soccer, all are counterproductive to maximum brain efficiency long term. Also, in the modern world, brain health is extremely vulnerable to ELF (more here). 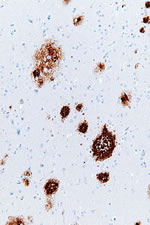 When memory issues are the effect of age and some of the brain diseases like Dementia and Alzheimer's disease, it is fairly well established that these conditions have a genetic component and work to destroy memory in part by a plaque (similar to plaque on the teeth) that builds up in the grey matter of the brain. The Remedy program outlined on this page helps to reverse that senile plaque (seen in photo), particularly the Memory Restore remedy and OMCx.

Restoring memory loss is very possible in most cases. It was previously believed that memories were stored in specific parts of the brain so if trauma or surgery occurred to that area, the memories were lost forever. New studies show that memories are actually stored in a kind of holographic field, and complete recall can be achieved by accessing just a fragment of the memory.

In addition to the suggestions above, stimulation of the memories of the past helps to bring old memories that are hard to recall forward. Someone with memory issues trying to recall memories should look at old photos or watch old family movies they would normally be familiar with.

NOTE: If you are trying to assure that you remember something specific (men) correlate a scent or something visual with it. For example, if you went on a special date that you believe your wife wants you to remember, stop and smell a flower, or take a mental note of smells in the air, something that makes that day unique. This will make that memory stand out above others.

The Memory Restore remedy works best when supported with Brain and Neurotransmitter Support. The Detox portion should address any known factors that contributed to the loss. I listed Injury because head traumas are so often part of the equation. Additionally, minerals in a form that can be absorbed and used by the cells are critical, so the OMCx should be used. OMCx is the only product that can reverse the genetic factors that contribute to plaque in the brain. In terms of diet, lots of healthy fats should be considered, but if there has been a serious disease of the brain or serious trauma that needs to be rejuvenated, consider the Primal Diet as described by Aajonus Vonderplanitz's website