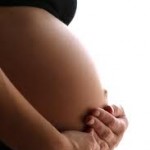 We know that a woman must be nutritionally balanced in order for a baby to be created (literally)  into a healthy little person. Aging is not the primary cause of unhealthy and diseased babies, accumulation (from exposure) of toxins is. It is logical that the older a person becomes in the modern world, the more toxins they have been exposed to and accumulated in the body. No matter the age, please be aware of the following:

NEW YORK – A study of New York City newborns suggests that prenatal exposure to air pollution may be linked to genetic changes associated with an increased risk of cancer, researchers said Tuesday.

The study by Columbia University followed 60 newborns and their non-smoking mothers in low-income neighborhoods, primarily in Harlem and the Bronx.

Their exposure to combustion-related pollutants caused primarily by vehicles was measured by backpack air monitors worn by the women during the third trimester of their pregnancies.

When the babies were born, genetic alterations were measured. Researchers found about a 50 percent increase in the level of persistent genetic abnormalities in the infants who had the higher levels of exposure, said Dr. Frederica Perera, director of the center and senior author of the study.

“We already knew that air pollutants significantly reduced fetal growth, but this is the first time we’ve seen evidence that they can change chromosomes in utero,” Perera said.

She said the kind of genetic changes that occurred have been linked in other studies to increased risk of cancer.

“While we can’t estimate the precise increase in cancer risk,” Perera said, the findings underscore the need for government to take steps to protect children.

The study, published in the journal Cancer Epidemiology Biomarkers and Prevention, is part of a broader multi-year research project started in 1998 that examines the health effects of exposure of pregnant women and babies to air pollutants, pesticides and tobacco smoking.

James Quinn, a biologist at McMaster University in Ontario, Canada, who was one of the authors of an earlier study that examined pollution-related mutations in mice, said the Columbia study merits attention.

“This study adds to a growing list of studies suggesting that anthropogenic air pollution carries health risks and genetic consequences that may affect the next generation,” Quinn said in an e-mail.

Although the research isn’t conclusive and leaves open other possible causes for the genetic changes, Quinn said, the pollutants were “a likely explanation for the elevated anomalies. Presumably there will be follow-up experimental work.”

Christopher Somers, a research associate at the University of Regina who was another author of the mouse study, said, “The fact that the simple act of an expectant mother breathing might cause chromosome abnormalities in her unborn child is cause for concern.”

WASHINGTON (Reuters) – Unborn U.S. babies are soaking in a stew of chemicals, including mercury, gasoline byproducts and pesticides, according to a report released on Thursday.

Although the effects on the babies are not clear, the survey prompted several members of Congress to press for legislation that would strengthen controls on chemicals in the environment.

The report by the Environmental Working Group is based on tests of 10 samples of umbilical-cord blood taken by the American Red Cross. They found an average of 287 contaminants in the blood, including mercury, fire retardants, pesticides and the Teflon chemical PFOA.

“These 10 newborn babies … were born polluted,” said New York Rep. Louise Slaughter, who spoke a news conference about the findings on Thursday.

“If ever we had proof that our nation’s pollution laws aren’t working, it’s reading the list of industrial chemicals in the bodies of babies who have not yet lived outside the womb,” Slaughter, a Democrat, said.

Cord blood reflects what the mother passes to the baby through the placenta.

“Of the 287 chemicals we detected in umbilical-cord blood, we know that 180 cause cancer in humans or animals, 217 are toxic to the brain and nervous system, and 208 cause birth defects or abnormal development in animal tests,” the report said.

Blood tests did not show how the chemicals got into the mothers’ bodies, or what their effects might be on the babies.

Among the chemicals found in the cord blood were methylmercury, produced by coal-fired power plants and certain industrial processes. People can breathe it in or eat it in seafood and it causes brain and nerve damage.

Also found were polyaromatic hydrocarbons, or PAHs, which are produced by burning gasoline and garbage and which may cause cancer; flame-retardant chemicals called polybrominated dibenzodioxins and furans; and pesticides including DDT and chlordane.

The same group analyzed the breast milk of mothers across the United States in 2003 and found varying levels of chemicals, including flame retardants known as PBDEs. This latest analysis also found PBDEs in cord blood.

Slaughter had similar tests done on her own blood.

“The stunning results show chemicals daily pumping through my vital organs that include PCBs that were banned decades ago as well as chemicals like Teflon that are currently under federal investigation,” she said in remarks prepared for the news conference.

“I have auto exhaust fumes, flame retardant chemicals, and in all, some 271 harmful substances pulsing through my veins. That’s hardly the picture of health I had hoped for, but I’ve been living in an industrial society for over 70 years.”

The Government Accountability Office issued a report on Wednesday saying the Environmental Protection Agency does not have the powers it needs to fully regulate toxic chemicals.

The GAO, the investigative arm of Congress, found that the EPA’s Toxic Substances Control Act gives only “limited assurance” that new chemicals entering the market are safe and said the EPA only rarely assesses chemicals already on the market.

“Today, chemicals are being used to make baby bottles, food packaging and other products that have never been fully evaluated for their health effects on children — and some of these chemicals are turning up in our blood,” said New Jersey Democrat Sen. Frank Lautenberg (news, bio, voting record), who plans to co-sponsor a bill to require chemical manufacturers to provide data to the EPA on the health affects of their products. 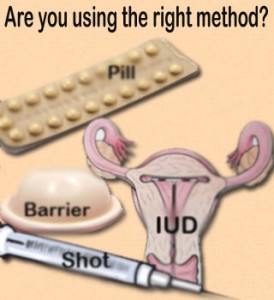