In Part1 of Dr. Dehaan’s series on milk he shared a client testimonial. If you missed it be sure to read, “Milk! It Does A Body Good?“.  When you’re ready let’s jump into Part2 below: 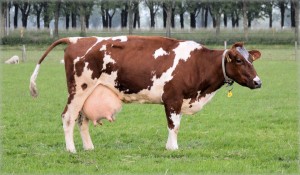 Milk has become a product you can hardly escape. Besides the milk you drink, it is in ice cream, cheese, and widely used in the candy and baking industries as well as in the sauces of canned and frozen vegetables. We hear that milk is the perfect food, and so it might be! Research has proven that one quart of milk will provide the fat, calcium, phosphorus and riboflavin; one half the protein; one third the vitamin A, ascorbic acid and thiamin; one quarter the calories, and with the exception of iron, copper, magnesium and manganese, all the minerals needed daily. How impressive! This really is the perfect food – if you are a newborn calf wanting to grow horns and a tough hide.

I ask you to consider the great milk deception for a moment. We humans are the only mammals on earth that drink another species’ milk. Have you ever seen a cat drinking dog milk? Perhaps a moose drinking bear milk? No! It just isn’t right. Some animals do drink milk which comes from other animals, but only when we give it to them in the civilized world. God did not intend for it to be this way in a natural setting, however. I always go back to how it was intended to be in order to find answers to highly disputable questions. Look at the wild animals for a moment. They do not drink another species’ milk, and they never drink milk past the infant stage.  The Bible does tell us to be like children, but I don’t think it meant drinking milk until it created so much acid in our system it killed us!

It’s disgusting if you think about it

If you stop and ponder the thought of drinking the white fluid substance squeezed from a cow udder, you may get a little grossed out. We don’t often put those mental pictures in our head, to fully consider our options. Would you drink rat milk? Certainly not! Why then is cow milk acceptable? Learned behavior? Mothers stop making milk for a reason. God intended you to stop drinking it when it ran out. I’m sorry if you were not breastfed, but all the cow milk in the world (or milk from any animal) is not going to help that issue now.

Does your information come from advertisers?

Maybe God made a mistake in stopping the milk supply when you were an infant. The arguments indicate that milk is so good for you: it develops bones and makes them strong; it gives you healthy skin; it is high in protein, needed for tissue building and repair, etc. Guess who paid for that research finding: the same people who said milk does the body good. Unfortunately, here is what you don’t hear: milk is so perfectly balanced, bacteria thrive in it, and anything that will produce or duplicate bacteria is not in balance for the body. We aren’t talking about the friendly bacteria that naturally reside in the intestine; we are talking about infectious bacteria. Infectious bacteria do not live in a healthy human environment, so milk must not be healthy for the human body. Isn’t that reasonable? Did you ever smell rotten milk? Chances are, if your bowel movements are smelly, you drink milk or eat too much animal protein. Either way, the calcium that is supposed to be in milk probably never makes it to your bones because that smell means it’s rotting inside your intestine. If your intestine does not assimilate it and your cells don’t metabolize it, it will never do your bones, or any part, any good. Another fact is that milk was created for cows, and cows have four stomachs. It takes all four of these to break the elements in cow’s milk down. People only have one stomach, and one stomach does not have the capability of breaking the elements in milk down. This is why it rots and creates excess mucus.

Stay tuned and next time we’ll continue with Part 3 of the series!